It may come as a surprise to those unfamiliar with Northern Nevada, but Reno has quickly become a destination for beer lovers. Currently home to 20 breweries and distilleries – with more on the way – the local brewmasters have put the city on the map thanks to flourishing tap rooms, countless beer pairing dinners and numerous awards from national competitions. Reno is now home to many annual beer events as well, including Canfest, Strange Brew Festival and Reno Craft Beer Week.

While the local brews often follow the classic beer variations represented in the national market, what makes Reno’s homegrown beers special are the batches that reflect our region’s resources, produce and seasonal flavors. Another factor that sets apart the city’s brew scene is the embrace of competition, as the various breweries and distilleries often work together to create a stronger, more creative atmosphere that benefits all beer drinkers.

There are numerous options for grabbing a drink in the area, but Under the Rose Brewing Company, The Depot Craft Brewery Distillery and The Brewer’s Cabinet are all excellent places to start sampling some local brews. They may even require a second visit, so you can take home a growler full of your favorite ales.

Under the Rose Brewing Company 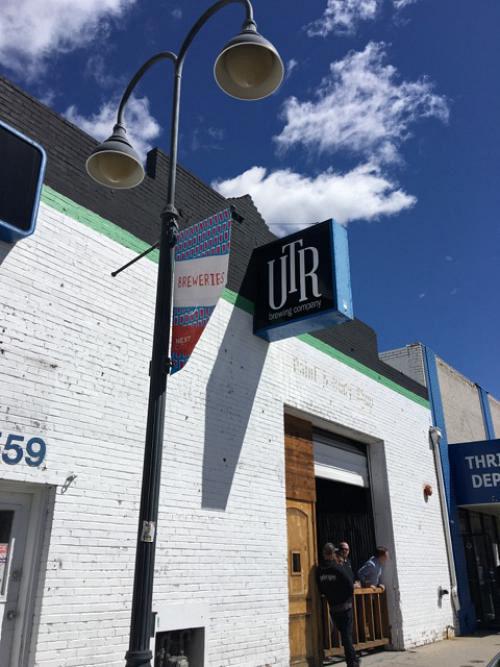 Opened in 2013, Under the Rose Brewing Company is one of the newer breweries in Reno. Named after the county’s highest mountain, Mount Rose, the brewery always has numerous varieties of American, Belgian, French and European-style brews on rotation. No matter what your palate is in the mood for, chances are the taproom has something to suit your fancy. If you can’t decide on just one beer, the sample flight is a perfect way to taste much of what Under the Rose has to offer.

Pair the classic, hybrid and sometimes experimental brews with the laid-back vibe of their tasting room and it is easy to see why this is a great place to unwind or hang out with friends. If a trip to the brewery does not fit into your schedule, you are likely to come across some of the company’s beers in one of the 40 different restaurants and bars in the Reno-Tahoe area that offer Under the Rose on tap.

There is no kitchen in the taproom, but guests can drink some really great beer while playing games of bocce, foosball, ping pong or giant Jenga. If you’re looking to create your own Under the Rose beer dinner, the brewmaster offers pairing recommendations on the company’s website (undertherosebrewing.com).

Before entering The Depot Craft Brewery Distillery for a meal or drinks, it is hard to overlook the grand exterior of the sturdy 1910 building that in a past life was the headquarters for the Nevada-California-Oregon Railway. Once inside, the interior is inviting with warm yellow wood, white subway tiles and the natural sunlight that flows in through the countless windows.

The traditional style of the building is mirrored in the brewing and distilling techniques used by The Depot brewmasters who create 15 craft brews and in-house distilled spirits, including whiskey, bourbon and gin. Classic methods like cereal cooking of local grains, decoction brewing, open fermentations and the horizontal lagering tanks for beer might not be the route many newer breweries would take, but the centuries-old methods are sacred to The Depot.

Respect for tradition is inherent in crafting the spirits as well, which are proudly created from start to finish in the region. The Depot works with local farmers to select the best grains, which are then milled, cooked and sent into traditional open-style fermenters housed in the building before being placed in copper and steel stills for a double distillation. Finally, the batches are left to age in small wooden barrels on the third floor above diners and drinkers.

It might seem like The Depot’s sole focus would be the beers and spirits it produces, but the same thoughtfulness is carried over to the kitchen’s menu. Traditional offerings like burgers, fish and chips, and macaroni and cheese grace the menu, but there are also fresh and vibrant salads, filling sandwiches and entrees that hold their own next to a glass of housemade beer or spirits. 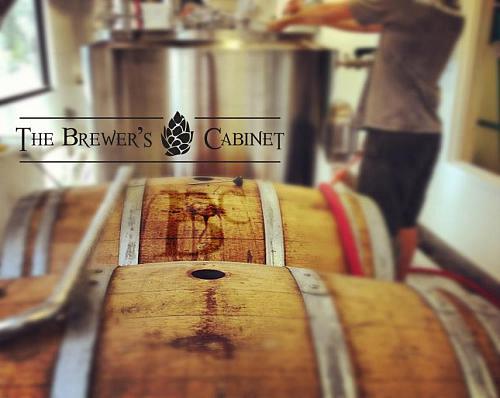 Inspired by the craft beer market and the community that had supported them throughout the years, the trio felt it was the time to make their own beers and help create a stronger community among the local businesses. Creative beermasters were hired to craft small batches of beers that would entice customers with unique flavors and bring something to the table that other breweries weren’t offering. Along the way, countless collaborations with other local breweries and businesses have led to great creation with the proceeds benefiting charities in the area.

Today, guests will find that the warm and welcoming reclaimed wood booths and the beer garden are perfect spots to enjoy a pint of Dirty Wookie, 1982 Cantaloupe Sour or any of the other offerings on tap. Just as tempting as the beers are the breakfast, lunch and dinner menus with dishes that highlight local produce and work harmoniously with the flavors of the beer.

Even with the success of all their businesses, The Brewer’s Cabinet founders’ inventiveness continues to generate new ideas. Allowing their creative sides to run free while taking their mission to help facilitate a stronger brewing scene seriously, the Strange Brew Festival – which takes place annually in May – was born. With a motto of “Expect the unexpected!” this year’s festival saw craft brews of Pina Colada Hefe, Three Radish Berliner Weisse and coconut and lime stout, just to name a few, from more than 20 local breweries.