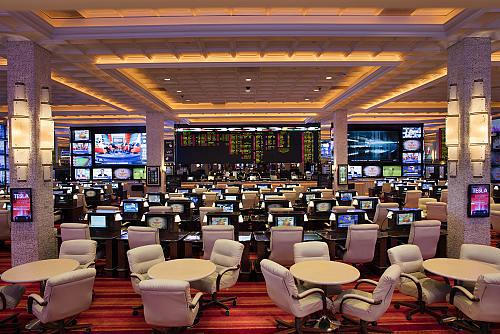 In just a few hours, the Carolina Panthers and Denver Broncos will literally kick off the start of the 2016 NFL season. Whether you’re rooting for these teams or not, there’s no denying that everyone is getting excited for the return of pro football this weekend.

While the players will compete for the chance to bring home the Vince Lombardi Trophy, fans can participate in three different weekly contests all season long for an opportunity to win more than $80,000 in cash and prizes from the Peppermill. Bet on more than just your favorite team with Last Fan Standing, Pro Football Progressives, and Dream Team Draft, and make yourself the big winner this football season.

Fans have the chance to win $25,000 cash with the Last Fan Standing Double Elimination Football Contest, which begins today, September 8. Every week, players will pick the straight-up winner of one game of his or her choosing. Correct picks advance to the next week, and two losses will eliminate players from the rest of the contest. Up to 10 teams can be selected each week for a $25 entry fee, or five entries for $100. Passport Rewards members can use their comps for the entry fees as well. No entries will be accepted after all the Week 1 games have kicked off, and the Last Fan Standing will take home the cash grand prize.

For a chance to win weekly prizes, compete in the Pro Football Progressive, where fans are challenged to pick the winners from all 14 Sunday and Monday games every week without a point spread. Play as many times you’d like for just $5 per bet. A perfect 14 out of 14 sweep will win the entire progressive jackpot that starts at $5,000, and consolation prizes will be awarded for the best records each week if there isn’t a perfect score.

New to the Peppermill this football season is Dream Team Draft, which lets fans choose players from any NFL team to create the best Dream Team lineup possible. Fans can play for a chance to win during all 17 weeks of the regular season, with 75 weekly winners and a $1,000 grand prize to the highest scoring team each week. Enter the Dream Team Draft by earning 20 Tier Points each week, for a maximum of two entries, and try your hand at winning more than $50,000 in total prizes.